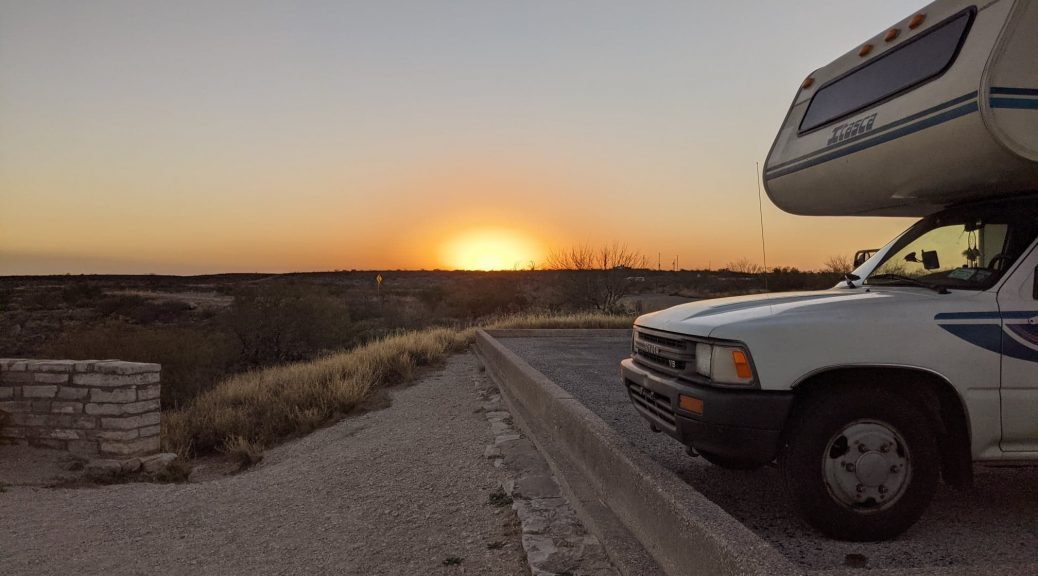 So we said goodbye to Magnolia beach and headed towards San Antonio. Pretty uneventful drive. We were staying with a Boondockers Welcome host and would be parking overnight at his shop. I had requested to stay there the day before and they accepted within 30 minutes. 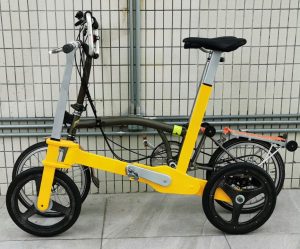 Once they accept we get the exact address and after filling up our gas tank we headed north. The drive was pretty uneventful and we even made a few more stops along the way. Once we arrived we did not see the host but he had already given us directions where to park and where to plug in. He also gave us a long list of things to do around the area. After settling in we saw the host outside and went out to have a talk. He was actually living in a container house on the property while they were house hunting for a new house. He had worked in China for 15 years and had the container house put on the property so he had a place to stay when he would come home during breaks from work. He had moved back permanently to the US now so they were living there temporarily while they tried to find a house to purchase.

He was really interesting and was in to motorcycles, RV’s and bicycles………….so my kind of guy. He also worked on RV’s on the side and fixed items for a lot of people that stayed with him. We plan to go back and get a few things done the next time we pass through. Anyway he had so many interesting things that he was working on. He had an electric bike that would go 60 MPH and an electric bike that could be folded and taken as carry on luggage when you where flying. One of the coolest things he had accomplished was he was part of a team who took a big old honking GMC RV and souped it up and broke the RV speed record for RV’s at the Bonnievelle Salt Flats a few years back. Here is a video of him doing a burn out in his GMC RV. Click here to watch video. Crazy right?!?!? 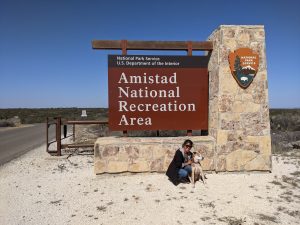 So if you remember we came here to pick up solar panels that we ordered from Amazon. This will help us boondock more and not have to conserve electricity so much. Our house battery runs the lights but it also runs a few other important things. It runs the fan, water pump, and even though the fridge can run on LP gas it needs a little bit of electricity to monitor itself so if the battery runs out the fridge is going to stop working. It does get charged when you drive but if we are not driving a lot it can become a problem. We can start the car and idle it but the solar panels will make solving this problem for us a no brainer. Anyway I was excited to get them and the day before they were to arrive I checked their status only to find out that the order had been canceled by Amazon. For some reason they thought it was fraudulent purchase. I did not have time to reorder them since we had reservations in Big Bend. Anyway our entire purpose for coming here was to get them but I am so glad we were able to meet our Boondockers Welcome host. Things have a way of working out even when they don’t. 🙂

So after two nights we were finally heading to Big Bend National Park. It was 7 hours away which probably means at least 8 hours in our slow house car. Anyway I found a few places we could try to stay for the night to break up the trip. We drove highway 90 all the way and even went through a city named after me. Benton City had a Dollar General, water tower, fire works store and a justice of the peace. What else could you need right. While no red carpets were rolled out in my honor I did feel a sense of pride knowing I had a city named after me. Like usual we made several stops for gas and about three in the afternoon we stopped at one of the stops I picked out on I-Overlander. One of the stops was for lunch at Amistad National Recreation Area. We saw a sign and took the road and headed to it only to find out this road was closed. We got back on the road and headed back down the road and found another entrance. We ended up at a boat launch picnic area. Lots of boats and lots of people fishing. No one was in the picnic area and there was this one table looking out over the lake. We had lunch there and just relaxed. When we were leaving we saw people cleaning their fish. They even had fish cleaning tables that had hoses and grinders for all of the discounted parts. I have never seen anything like it. After lunch we headed back down the road and finally came to my first overnight choice. It was nothing but a simple picnic area but it was up on a cliff looking over the Pecos River which flowed to the nearby Rio Grande. We had a great view of the bridge, river and canyon area. We decided to park here and stay the night. There were a few people every now and then but we mostly had to ourselves. It was beautiful in every way and I cannot say enough about the I-Overlander app that is helping us find all of these great places. We spent a very peaceful night there and woke up to a beautiful sunrise. These are the kind of memories we will not soon forget.

After breakfast we headed out for Big Bend NP. But first we needed gas. Gas is always on our mind out here in Texas. Some times the stations are far apart. We only have a 17 gallon tank and we only get about 10 miles to the gallon. Anyway we searched and the next gas station was still about 70 miles away. We had just about a half a tank so we should be fine but when you see it get under a quarter Lyn gets nervous and to be honest I do to. Anyway we pulled into a gas station with the fuel gauge reading dead on empty but it only took 14 gallons so we still had three left. Close enough for me. Anyway after filling up we stopped a the Museum of Judge Roy Bean. If you have never heard of him you can find out more about him here. Lets just say he was a character for sure. After getting gas one more time we headed into the park and stopped at the Big Bend NP sign to take our usual photo op. Ever since I thought about full-time living and taking this trip in the RV this place was always one of my first big goals and now we are here! We will be spending four nights here and are really looking forward to seeing everything this park has to offer. As usual thanks for following along!  ✌️🌵