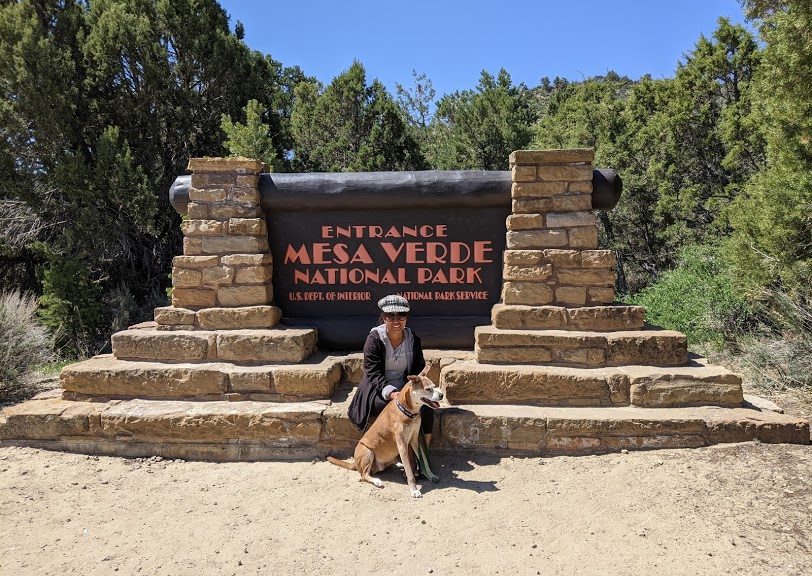 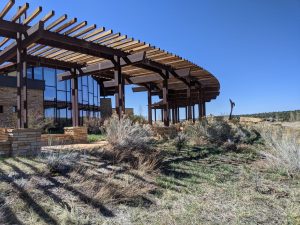 We arrived at Mesa Verde National Park in their off season on April 29th which meant the park was open but had limited access as in no camp store, no bathrooms and limited hours in the Visitor Center. We had no cell service when we arrived but we found out the Visitor Center had great WiFi so we hung out there awhile and just enjoyed having access to the Internet. We overheard someone say that the campground was open. I had tried to get reservations online but it said the campground would not open until May 1st. While we were at the visitor center I heard the campground was actually open on a first come first serve bases and instead of being $38 a night it was only $20 a night. We decided to stay for two nights and found out when we arrived that the bathrooms were open and they had hot showers and the camp store was operating on limited hours. We grabbed a nice level campsite and put $40 in an envelope and slid it into the money box. It was nice to have a home 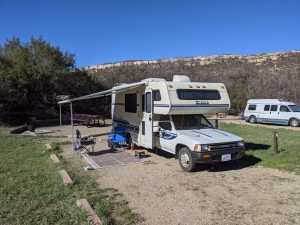 for two nights and after taking a shower and checking out the store we found out they had a laundromat as well. Wait what?!?!? $20 a night with full access to hot showers, bathrooms, Camp store and we can wash our clothes!?!?!?! We were actually parked in the lap of luxury. Oh and did I mention our campsite had WiFi that came from the camp store. Crazy cool.

Anyway we settled in for the night and went to bed about 10 PM. The next day we decided to go for a hike and three of the hikes in the park started right at our campground. We went on one that was a total of 4.0 miles and went up 650 feet in elevation to a ridge that looked down over our campground. Some of the switchbacks were a little tiring but overall it was just a beautiful hike. We had fun looking over all the vistas and Lyn loved taking pictures of all of the flowers she 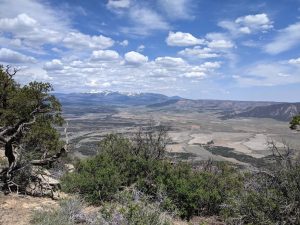 found along the way. We even saw some snow that had not melted yet. After hiking we had lunch and decided to drive further into the park and check out a few of the views. This park was beautiful and had many scenic overlooks to see along the way. To get to the end of the road we had to drive about 25 miles. At the end there was a museum and a cliff dwelling where people lived in the 1100’s. It was very interesting but you really could not get a close look at this time as they had it roped off. The only way to see them up close was to do an actual tour. You had to book it online and unfortunately all of the tours were booked. I decided I would keep watching  it online and hope for a cancellation. Anyway as we were leaving I saw a small post office. Julie (My sister.) had sent another package to me and I would have to pick it up in a few days at this location. If you remember I am not good at picking post office to pick up packages as the last time I had Julie send it to a missile base. You can read about that fiasco by clicking here if you want to read more about it. Well this time I had no idea 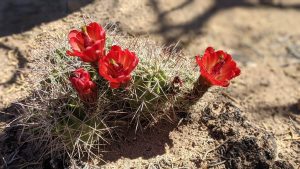 that the post office at the park was 25 miles from the entrance which now means I would need to drive a 50 mile round trip to pick up the package. Dang it I have to do more research on getting packages on the road.

We spent the next day doing more hikes and just enjoying the park in general. On May 1st the park opened and the price of our campsite went from $20 to $38 a night so we did what any rational person would do we left the park and found some BLM land to camp on. As luck would have it there was some just a 1/2 mile down the road from the park. We went down and found us a beautiful site and 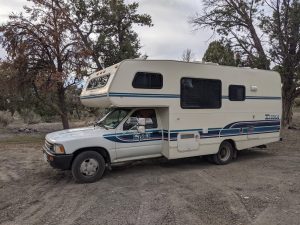 ended up staying here for 2 nights with trips to the park and a near by town Walmart run filling in our time. My package was supposed to arrive on May 3rd and as luck would have it I was able to snag two tour reservations for the Mug House Cliff Dwelling tour for May 3rd. This would be perfect. We could do the tour and then go by and grab our package. Perfect! I love it when a plan comes together!!! But wait there is more….when I looked at the location of our tour it was down another road that did not include the Post office and we would now still have to drive about 40 miles out of our way to get the package. Oh well at least we had tickets to a tour!

The next morning we got up early because our tour was at 9 and you had to be there at 8:45 to check-in. It was about 20 miles from our campsite on very hilly curvy roads. Our RV likes to take its time so we headed out about 7:30 and right when we went to turn on the road to go to our tour we found a gate across the road that said it did not open until 8 and it had a lock and chain on it. No problem it was only 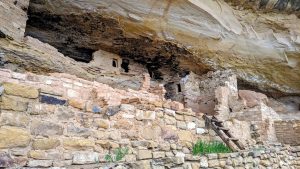 7:45 so we just waited. When 8 AM came no one was there to unlock the gate so we just waited and about 8:15 two rangers drove up and unlocked the gates and we went on our way. The drive up was super hilly and curvy and we just took our time because that is the only option we had ha ha! (Oh yeah and everyone behind me took there time too!) 🙂 Anyway we arrived at the top at exactly 8:45 and found that there were wild horses just roaming around. They only allowed 10 people in each tour and this is the first tours that they have done since March of 2020 so we felt very lucky to be on it. Since our party of 10 was accounted for we actually left for the tour a few minutes early. While we followed the Ranger he instructed us not to grab any of the wild horses as they had a tendency to bite and kick. I remember thinking to myself I have never walked by a horse tame or wild and thought I just want to grab that horse but the fact that he said it means its a big enough problem that he felt he needed to state it. 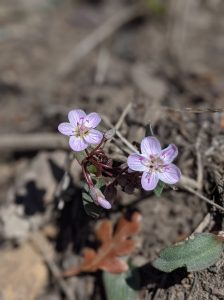 Anyway after a brief half mile walk we started to climb down to the dwelling. Not exactly hard but not exactly easy either. We slowly worked our way down with the ranger filling us in on all kinds of interesting information that was totally lost on me because all I could think about was grabbing horse on the way back up just for the sport of it! Seriously my mind was totally focused on who would need to be cautioned about this and also wandering if I was possibly missing out on something by just calmly walking by horses my entire life. Luckily I was able to shake this train of thought when we arrived at the cliff dwelling. I had always thought that the Indians had lived there in the 16 or 1700’s. It turns out they think they first lived there in the 1100’s. They were farmers and grew corn and other vegetables on top of the Mesa but lived in the cliff. There was so many facts that it was hard to take in. A few interesting ones were that they were makers of pottery and the reason this place was called Mug House is because when it was discovered there were still two mugs hanging on one of the walls in one of the rooms. The Ranger also said that they were known for trade and there was evidence that they traded for things as far south as Mexico. The Ranger also stated that that they were a peaceful people and they did not live in the cliff-sides for protection from other people but more for protection from the elements. Anyway I can not do it justice by trying to remember facts so I will leave a link here if 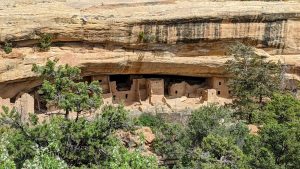 you want to no more. Our ranger was super knowledgeable and I would highly recommend you take one of these tours.

After the tour I called the post office and asked about my package he said the best he could tell it was on the way to him and he should have it in about an hour. I told him we just finished the tour and he asked if we were driving all the way up just for the package and I said yes. He offered to send it down to the Visitor center so we would not have to drive so far. Yes thank you very much that would be great! Wow he had just single handily saved me 40 miles of driving. We ate lunch in the RV and 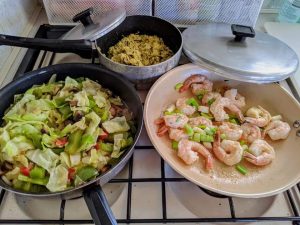 then just took our time driving back to the Visitor Center. He told me to check at 1 at the gift shop and they should have it. I went to the gift shop and she said they had no idea what to do with the package and had asked a ranger to drive it back up to the post office since he was headed that way. She said he had just left a few minutes ago. I went out of the bookstore I could see a ranger talking to some people and guess what…he had a package in his hand. When the people where done talking to him I told him that I thought he had a package for me. He looked at it and it had my name on it! I showed him my drivers license grabbed the package and we were on our way. We are on our way to Silverton, Colorado via the million dollar highway. Thanks for reading!