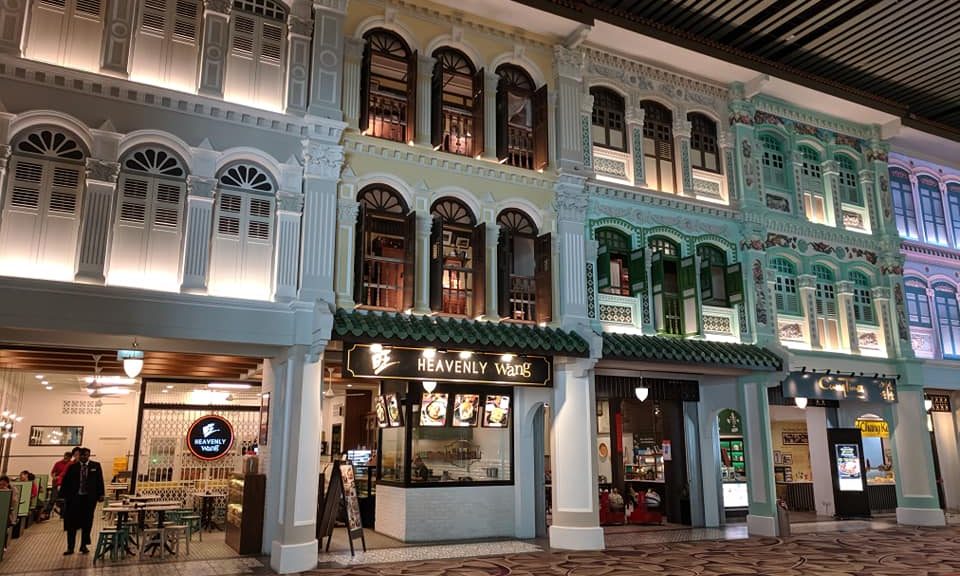 Today would be a travel day and we are headed to the Kingdom of Thailand. We are flying to Chiang Rai a city in northern Thailand. We met each other for breakfast at 9 and had the same great breakfast we had the day before. I had the usual fair omelette, bacon, hash browns, and a lot of other cool local things thrown in as well. We had planned on getting to the airport early enough to visit the lounge but 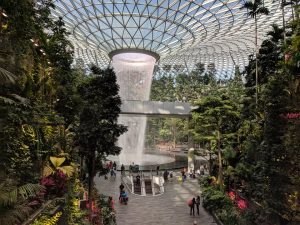 for some reason we all thought our flight was around 2. Once we got back to our rooms we looked it up and it was actually at 12:15. Oh crap! We only had one job today and we almost completely messed it up. Ha ha.

After we packed up we decided to take a cab to save time and head to the airport. We had about a 20 minute drive with the best taxi driver to date. He was super nice and told us all the history of Singapore as we went along. He also told us about some of his travels which included many places in China and the USA. He had even been to the Grand Canyon. We told him to drop us off at Terminal 4 because we felt a little pushed for time. Our plan had been to tour some of the airport before we left but we were not sure if we had enough time. He insisted that he drop us off at Terminal 1 so we could see the “Jewel” which is a new addition to Changi airport. You can see a short video here. 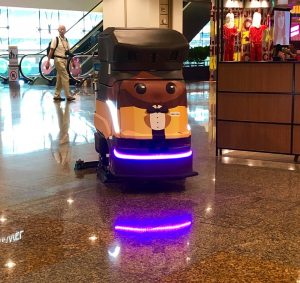 As strange as this sounds Changi airport is a true destination. You could literally just visit it for a few days and not run out of things to do. They have a swimming pool, butterfly garden, indoor slides, movie theater and more shopping then you could ever want. The “Jewel” though was something to see. It is the tallest man made indoor waterfall in the world and it did not disappoint. It was truly breathtaking and you could look at it from several locations  as it had multiple levels of shopping surrounding it. We took a few pictures and decided we better get to Terminal 4 where our flight was flying out of. This included taking a short train to terminal 2 and then a short bus to terminal 4. The walk alone was great. So many shops and quirky things to look at. We even ran across a robot cleaning floors that was also somehow tied to security. (We are pretty sure he took our picture.)

We arrived at Terminal 4 which is also new by the way. Terminal 4 is unique because the check in process including immigration is all automated up to the point you go through 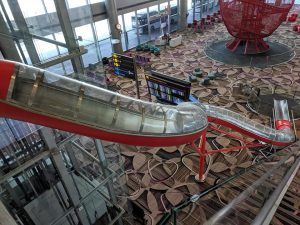 security.  So we walked up scanned our passports to get our tickets then we went to immigration where we scanned our passports and then scanned our tickets and then scanned our thumb (By the way they scanned both of our thumbs when entering the country) and wallah, we were through! Super impressive. After going through security we headed to our gate. There were stores everywhere and they even had a wall decorated like an old style of Singapore that would do a play of Singaporean history that included animated and real people acting it out. You can see it for yourself by clicking here. They also had a big slide that went down to Gate H that was closed, dang it.

We waited at our gate for only about 15 minutes before boarding our plane. This time we were flying Air Asia, a no frills airline that gets the job done but if you want any thing you have to pay for it. We had a few Singapore dollars left so we splurged and bought drinks. The flight was uneventful which we like and landed in about 2.5 hours later. We went down the stairs walked across the tarmac and into the small airport of Chiang Rai. While waiting to clear immigration I looked up how much a cab fare should be to our hotel and it said 85 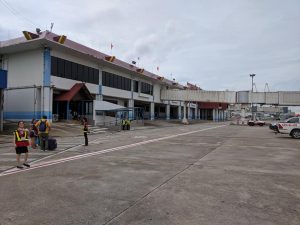 Baht. That way I would know what the price should be when we hit the cab drivers outside. The first cab station quoted us 100 Baht. Close enough we will take it. A 100 Baht is about 3 US dollars. Not bad for a 20 minute ride to the hotel for the three of us. We checked into the hotel with no problems and decided to walk around a bit and see if we could get bus tickets to Chiang Mai the next day.

The hotel was only about a 5 minute walk to the bus station so it was pretty easy to get there. The plan was to get tickets to leave around 1 in the afternoon the next day. We were mainly here to see the famous White Temple and we planned to do that the next morning. After we got our tickets which were around 5 US dollars each, we headed to 7-11 and got a snack and also got Sim cards 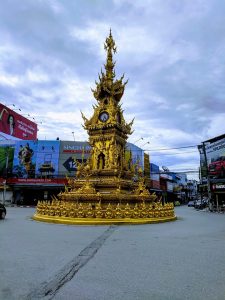 for our phones. Now we would be able to navigate anywhere with confidence. We walked back to the hotel for a bit and then Julie and I set out to walk the town while Lyn took a nap. The town is bigger than I thought and was so interesting to see. In the middle of the town they have a traffic circle with a huge golden clock in the middle of it. Crossing the street here is on the crazy side. While they do have some cross walks they have very few traffic lights and even fewer stop signs. This makes getting across the street an event. I feel like the only reason they have cross walks is to make it easier to find all the dead bodies of people trying to get across. For us we would look back and forth and back in forth and then either walk slowly or run to the other side. We hit one intersection that had a policeman directing traffic and he saw we were having trouble so he walked over and flipped a switch to turn the traffic light red just so we could get across. Great people everywhere! 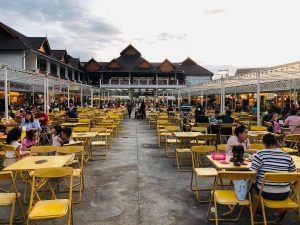 Around 6 we headed out for dinner. There was a Night Bazaar that was known for a relaxed atmosphere and great food so we headed there. We knew the routine by now….. you go look at all the vendors get what you want and meet back in the middle for a great dinner. They even had the occasional performance on stage while we were eating. It was very relaxing and the food was great. Around 9 we headed back to the hotel and called it a night. Tomorrow we plan to see the White Temple and then catch our $5 bus for a 3 hour ride to Chiang Mai, one of our favorite cities.