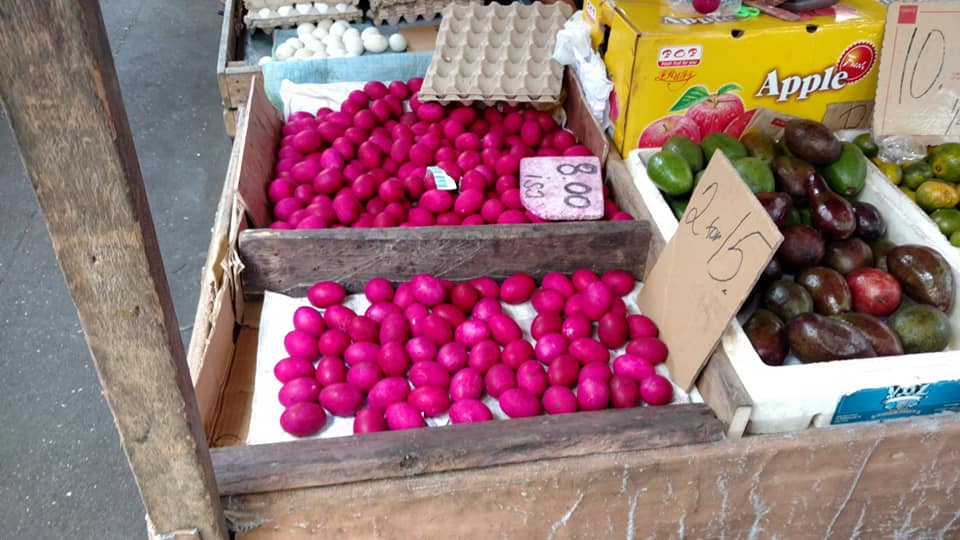 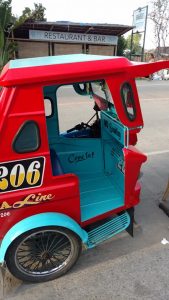 So today we are finally going to Solano! We have to fly to Manila from Tagbilaran and then catch a 7 hour bus to Solano. Our flight was at 8 so we decided to get picked up at 6:30. Exactly at 6:30 a brand new tricycle showed up and we were on our way. About 5 minutes into town the driver said he needed to switch us to his uncles trike. We switched into a very old purple trike and were back on the road in about a minute. This bike was old and sputtered a lot but the driver seemed very good at working his way through traffic. We arrived at the airport at about 8:10. We got our tickets and were through security in about 20 minutes just in time to board the plane. The plane ride was smooth and only about an hour-long. One thing that is unique to Cebu Pacific airlines is that they always play a trivia game and give a prize. They actually ask three questions and give away three prizes. Three days earlier I had heard the questions so I thought i had a good chance of winning. Well the first and the second question were new so I had no idea. Finally the third question was so hard no one got it and the stewardess had to come up with an additional question. Finally she said what is another name for the 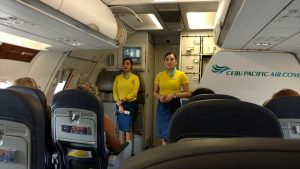 bathroom on the plane. Well as luck would have it that was one of the questions on the last flight so I raised my hand and won a small purse for Lyn. Fun fun fun! Oh and by the way the answer was Lavatory! It’s actually printed on the bathroom door.

Once we landed we had to get a ride to the Victory Liner bus station. We ended up just grabbing a metered cab. The driver did not want to use the meter but Lyn insisted that he did. So for about $4 we were dropped off at the bus station. By now it was around 10 AM. 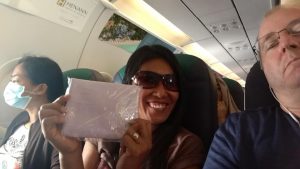 There was a 1PM bus and a 7PM bus. Lyn went to buy tickets and found out that the 1 PM bus was sold out so she had to get tickets for the 7 PM bus. This was not ideal because the bus would not arrive until 2 or 3 in the morning and we would also be stuck at the bus station all day. She was able to get us on a standby list but there were already 5 people ahead of us. So to sort things out we decided to go to Jollibee and have lunch and work out a plan. We walked about 5 blocks with our luggage (Thank goodness we packed light.) and had lunch. This gave us time to think in air-conditioning with yummy Jollibee meals. We decided to go back to the bus station at 12:30 and see if they could get us on and if not we would catch a cab back to the airport to wait 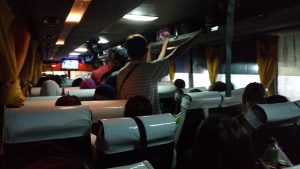 for our 7 PM bus ride. It sounds like a crazy thing to do but at the airport we would have AC and the Internet. By the time we got back to the bus station the 1 PM bus was there and by now over 15 people were waiting on standby. Finally at 1 PM a final call was made and shockingly we all made it on the bus! Awesome. The bus was really nice and appeared to be pretty new. We sat on the very back row which was at least two feet higher than the rest of the seats. It took us forever to get out of Manila. Just when I thought we were going to make some headway we pulled into a station and were told we had to trade busses. This next bus was super old and looked like it had just had new plastic to cover all the old seats. (Hmmm 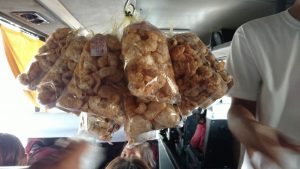 flash back to this morning when we had to change tricycle’s.) The one thing this bus did have going for it was that it had WiFi! So we settled into our back seats again and we were off. This time however due to the plastic seats we were sliding all over the place! I literally could not stay in my seat. Click here for a short clip of our bus ride. I do like these buses however and it is fun seeing the vendors get on in small towns and try to sell stuff. We bought some Ube otap cookies and chicharrones. Because the busses do not have bathrooms they have to stop along the way. This is always interesting to me and a lot of fun to see what the different stops have to offer. Anyway after 8 hours we were finally in Solano being 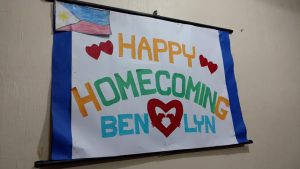 greeted by family. As soon as we got our luggage we jumped on the family trike and headed to the Liban house! We arrived about 5 minutes later to lots of hugs, greetings and a beautiful welcome sign. Ahhhhh home sweet home for the next 6 nights. After having a late dinner! (Ma Sarap!) we went to bed about 11:30. Wow what a travel day!

The next morning we woke up about 6 and Lyn and I took a walk before breakfast. It is so fun to walk around the downtown area of Solano. I love just watching the traffic in Solano! 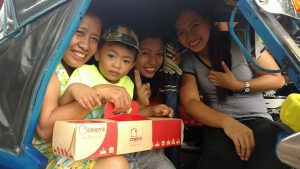 You can see a short video here! After about thirty minutes we came home and had breakfast. Johan the Grandson had preschool from 8 to 10. I asked if we could ride with them to school and they said yes. Anyway we ran a little late but about 8:15 we headed out and within 10 minutes we were there. Dominga asked the teacher if I could come in to see the class. She said yes and that I could film it if I wanted to. It was so cute watching the kids do everything the teacher asked with such big smiles and enthusiasm. If you want to see the video just click here! Once we left several of the students came out and gave me a big Apir! (High five!) Wow it’s not even 9 yet and I have already had a days worth of fun. We headed back home and Lyn and I decided to take a shower. But then 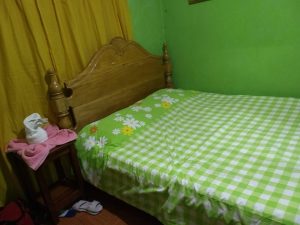 the power went out. So since they are on well water no power means no water. But wait not so fast they actually have a hand water pump right in the kitchen. Problem solved. We pumped enough water for our showers and in about thirty minutes we were looking and feeling good. The word was that this brown out would probably last till around 4 in the afternoon. Brown outs are so common that most of the business in town have their own generators so they can keep running their business. You can see me pumping water here!

Later we headed to the market to buy food for the weekend activities. The plan was to have a celebration of remembrance for Lyn’s parents on Saturday and to have an early celebration of Lyn’s birthday on Sunday! The Solano market is downtown and takes up several blocks. It 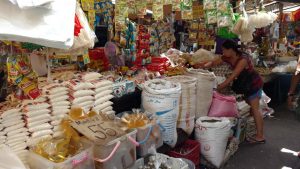 is so colorful and full of life! I could walk through it for hours! You can see a short video of the market by clicking here! After buying what we needed we headed home. The next thing I knew there were lots of friends and family dropping by and then much to our surprise the power came back on about 1:30. Nothing really changed except now we had running water, lights and electric fans! Ahhh life is good! We had a few Red Horses (Beer) and just enjoyed the afternoon. Later we took a short nap and got up just in time for dinner. After 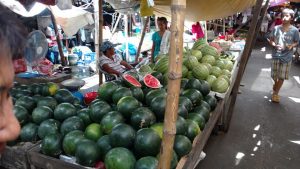 dinner I worked on the blog while Lyn caught up with her family. Only been here one day and already feeling at home! Tomorrow we go to celebrate the lives of Lyn’s parents at Lyn’s Mom’s house. Lots of family and friends will be joining us! So we go to bed to tonight feeling thankful for friends, family and the fact that we are able to be here! Thanks for following along!