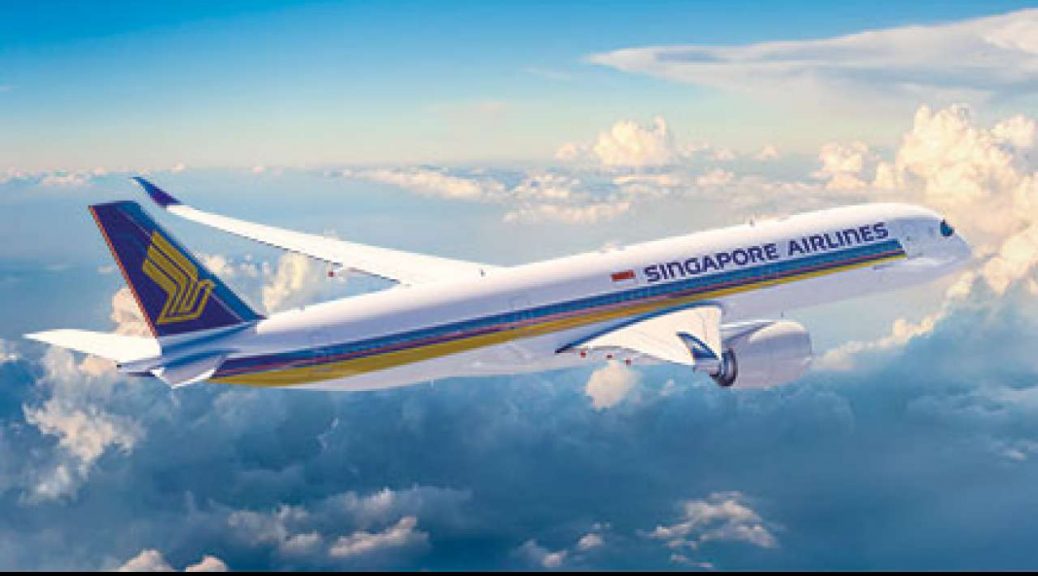 Well the day had finally come and it was time to head to the airport. We were flying out of Raleigh NC and our flight was leaving at 5:30AM. We spent the night at my daughter Chelsea’s house and caught an UBER to the airport about 4AM. The Uber driver told us all about his trip to Peru where he went on some kind of toxic diet cleanse in the jungle there and said he had lost about 20 lbs. He also went on to tell us what came out of his body during the cleanse in great detail that I will spare you here ha ha. Anyway we arrived Sunday morning at RDU and it was busier than I thought but we were still through ticketing and security in about 15 minutes. We had 5 flights in total today before we get to our final 1st destination of our trip to Bali. So our first flight was American Airlines and would fly to Philadelphia and then after an hour layover we would arrive in Houston about 11:30 AM. Our next flight would be on Singapore Airlines and would not leave til 7:30 that night so we had a crazy long layover at IAH. The reason our itinerary was so wonky is that I had done a little bit of travel hacking to keep cost down. I had found pretty reasonable fare on Singapore Airlines but that fair was from Houston not Greensboro. I really wanted to fly on Singapore Airlines due to their reputation for great service and I really wanted to keep the overall price down due to my own cheapness. 🙂 So I had just enough American Airlines points to fly from Raleigh to Houston and then back again when our trip was done for free. So I used them to get to Houston and back for free but of course they only had certain times available and this is the best I could work out. Remember I do not have a long line of people wanting me to be their travel agent. Ha Ha! 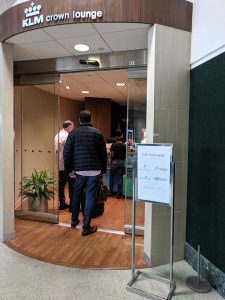 Anyway we did have a plan for our long layover. Lyn had upgraded her American Express credit card which gave her about 125,000 hotel points. (Good for about 6 free hotel nights.) but we also received 10 Priority Pass airport lounge visits. (If you are interested in this card you can find out more by clicking here.) So even though we had about 7 hours to kill we were able to spend at least three of them in the KLM lounge. It made our waiting time more fun with free food, drinks and super fast WiFi. Finally it was time for us to board our 3rd flight of the day which would be about 9 hours to Manchester England where we would refuel, change crews and head out for our next flight which would be about 13 hours to Singapore. Finally that would leave us with our last flight to Bali which would only be about 2 hours and 15 minutes.

So when we boarded our first flight you could tell right away that this airline was going to make everything special. All staff were dressed perfectly and had a friendly helpful demeanor. I was right behind Lyn but before I could even reach out to help her the Stewardess had already lifted her carry on into the overhead compartment. Then she proceeded to ask us if there was anything we needed before we got underway. Pretty nice considering there were hundreds of passengers boarding at the same time. After everyone was seated they brought everyone a fresh hot towel to wipe our faces with and quickly took them back up before we took off. After takeoff we were served drinks and then dinner. The meals were super fancy for an economy seat but they did run out of Spicy chicken by the time they got to us. The dinner was pretty good but once that was done it was 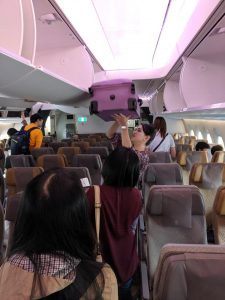 time to get in our  seat time. Basically watch movies and try to sleep. At some point in the middle of the night they handed out sandwich wraps which we all ate even though we were not hungry. Then it was back to watching movies and sleeping and next thing I knew, it was time for breakfast. Another big meal served just about two hours before we landed in Manchester. When we landed in Manchester we all had to get off the plane and go through security and then headed right back on the same plane in the exact same seats.

It felt good to get out and stretch our legs but then we were reminded that the next flight would be 13 hours. Hearing that after finishing a 9 hour flight is kind of tough but at least we knew the routine….. hot towels, eat, watch movies, sleep, eat, watch movies, sleep, eat and then arrive at our destination. We actually arrived on Singapore about 40 minutes late which made our connection super tight. We had to 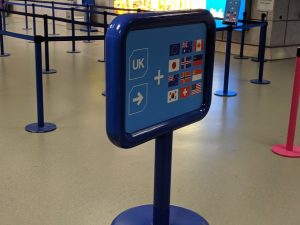 change terminals, find out our gate information and be ready to board in about 15 minutes. So Lyn and I started our quest to make this flight after all we had not come this far just to miss our last flight. We ran up to a board and tried to find our flight. After a minute of scanning the board we could not find our flight but then I noticed they had these ticket scanners. You just scan your ticket and it not only tells you what gate to get to it maps it out for you. It also told us that we needed 20 minutes to walk to the gate and that we only had 10 minutes to get there. So we started walking faster and faster. Every sign we passed told us how much time we had to the gate and we just kept trying to go faster. Finally we arrived at our gate about 10 minutes late but they also had a delay and were exactly 10 minutes behind. We boarded with the final group and were on our way to Bali. Awesomeness!!! This time the flight would be just a little over 2 hours. That seemed super short to us by now.

Well more hot towels and a light snack and one more movie and we were landing in Bali.

Now we were thrust out into the real world having to make decisions like normal people and I am going to have to say due to jet-lag and just our overall lack of sleep every decision was like calculating some kind of rocket science math problem. Luckily for US residents you do not need a Visa if you are staying less than 30 days so we went past that booth and we had a super nice immigration lady who welcomed us and told us to have a great time. Now all we had to do was get some money and grab a cab to our hotel. Easy Peasy. Well I went to the ATM with my hand dandy Charles Schwab no atm fee debit card and it was denied three times. No problem I had another one in Lyns name so I tried it three times denied denied denied! Dang it! It made no sense to me because I had gone online and told them all of the countries I would be visiting. Finally I took out my Suntrust card who had no idea I was out of the country and Walah it worked! Not only did it work but I was now the newest millionaire in The Republic of Indonesia! Wow how times had changed! Keep in mind that a million Indonesian Rupiah is only worth about 71 US dollars. Ha ha.

So we still had one more hurdle between us and our hotel. They have something at the Bali airport called the Taxi Mafia. It’s a real thing you can look it up here. Anyway they have a monopoly on the airport arrival location where all International travelers arrive. Even-though they have prices posted some of them play all sorts of games to up your fare. Everything from charging you per person to adding on fees. They have outlawed all other taxis and ride sharing apps from being allowed there. One way to get around this is to literally walk out of the airport and off the grounds and hail a cab. It takes about 15 to 20 minutes and you could be heckled the entire way. Another idea which we opted to do is to go to the top floor where the departures are. Then when a cab from out of the Mafia system delivers someone there you just quickly ask if you can jump in. Technically this is not allowed but people were reporting that it worked. So here we are fresh made millionaires looking to save a dollar by ambushing some cab that is delivering his passengers at the departure gate. We had heard that Blue Bird cabs always used their meter and were honest so as soon as the first one came we went to the cab and as soon as the couple got out, we got in and headed off for our 50 minute ride to our hotel with a taxi meter running I might add.  I know all of this seems super easy as you read it but remember we had been traveling for 48 hours straight and still trying to get use to being Millionaires in a country that we had never been too. I swear I could hear Mission Impossible music in the background the entire time.  Oh yeah and twice I saw clean up staff talking into their arm sleeves alerting the Taxi Mafia downstairs. 🙂 We made it to our hotel and to our surprise……………………… Continued on tomorrows blog.

Thanks for reading! If you want to get notified when a new post gets posted just sign up for email notifications on the site.