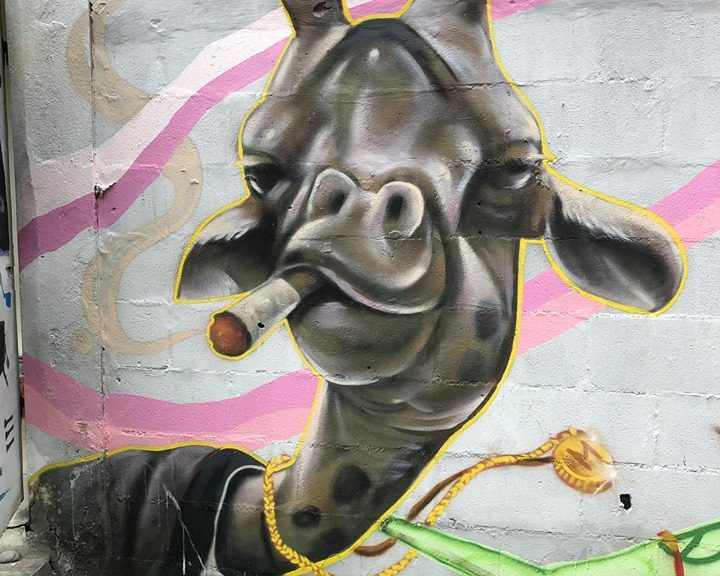 After a good nights sleep we headed out to breakfast at a restaurant near our hotel. This hotel was the same as the one we stayed in last 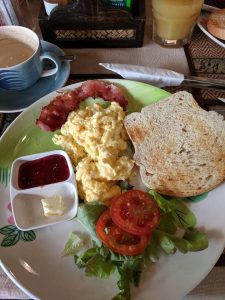 year except this year it was free for all of us due to credit card bonus points.(Yea us!) Nothing like making an inexpensive place even cheaper! The one thing that is nice about not getting breakfast included is it frees you up to try a different places and not get stuck in a routine. We ended up going to a place called Cafe de Thaan Aoan. I found it online and it looked good and reasonable priced and was only a 5 minute walk from the hotel. We got there and they had the usual american breakfast with a few Thai twist thrown in. It was really good and a great way to start the day. 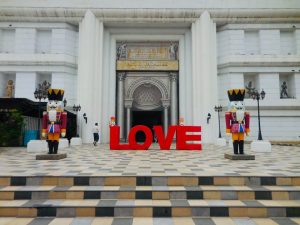 Next up on the Agenda was a quirky 3D museum called Art in Paradise 3 D Museum that I had heard about. It had all kinds of 3D drawings that you could jump in and have your picture taken in. We literally just walked out of the restaurant when a truck pulls up with seats in the back to see if we wanted a ride. These are called a Songtaew which means two rows. When you climb in the back there are two rows of benches that face each other. These are trucks that are usually red and drive routes across the city. They usually cost about 30 baht per person. They will pick up people along the way so you will be riding with other people most likely. You can also rent one for a special trip or for the day where the driver waits on you at a location and then brings you back. You just negotiate a price ahead of time. 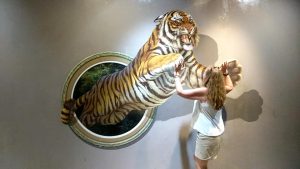 your phones which we had already done earlier in the morning. Once you downloaded the software you pointed your camera at the the art work and it gave it a more 3D look and some of the pictures actually came to life. So if you stood in front of a shark for instance and looked through the camera the shark would be moving back and forth and trying to attack you but if you did not look through the camera on your phone the shark was not moving. Pretty cool all the way around. The funny part was when you were acting you could not see the animation so you had to try to place yourself in the place you thought the action would be which made for some pretty funny video! They had three floors of 3D and optical illusions. And by the time we reached the end we had had enough ha ha. Acting is not near as easy as it looks. Believe me it wore us all out! You can see why Julie is keeping her day job below! Ha ha! 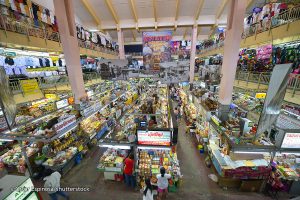 We then went to a market area called Warorot Market. This is a place where locals come to by all kind of goods including a lot of items that are later sold closer into town. The Market consisted of several floors of “stuff” that we were not really impressed with so after walking around three levels with no Ac we decided head out. We did buy a few snacks and after having those decided to skip lunch and head back for a nap before heading out again.

By now it was late afternoon so when we got done with our nap it was time to head out for dinner. Julie and Lyn had done their research on a few places to eat and had decided on a place called “Cooking Love”. It was a really cool restaurant with authentic Thai food. It was only about a 10 minute walk from our hotel and the route took us through several cool alley ways that we had not seen yet. Everyone ordered something different and everything was 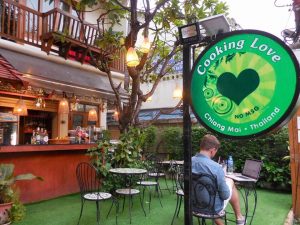 delicious!  On the walk back we stopped at a few shops and just enjoyed the ‘cool for Thailand’ night air. Unbelievably the lows have been around 78 degrees here. We have really felt lucky with the weather over all. It has been at least 10 degrees cooler than last year when we were here. Makes for some great evening strolls. On the way back Julie and Lyn went to get another foot massage next to our hotel and I went back to the room with the intention of working on the blog. The next thing I knew Lyn was waking me up when she got back from her massage. Oh well I must have needed to catch up on some sleep. Not sure what tomorrow will bring but whatever it is I am sure it will include the chill vibe of Chiang Mai. Thanks for reading.