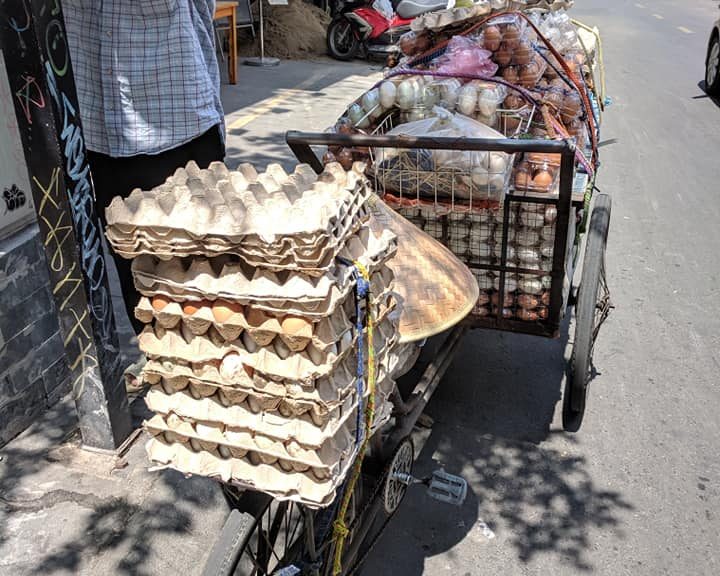 So we told Julie to keep us posted on her trip as best she could so we could follow her progress. For someone in a stranded situation I 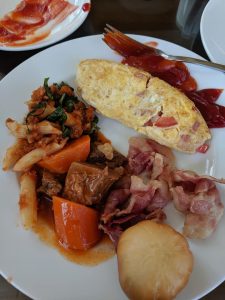 would say she did pretty good. We heard from her when she left the hotel and the next thing we knew she was blogging from the Chiang Mai airport lounge using her handy dandy Priority Pass. Remember that is the pass we got with our Hilton American Express cards. Lyn and I felt great that this time she had made it through the ticket counter and through security. Julie was going to fly to Da Nang go through immigration and then take a domestic flight to Ho Chi Minh to catch up with us. She was well on her way to meeting up with us later in the afternoon.

Our hotel had a free breakfast buffet and around 8am Lyn and I went and checked it out. It was really 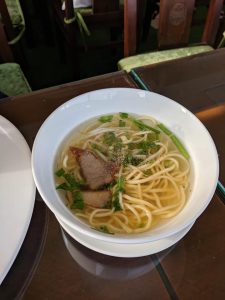 good and you could get made to order eggs and even a bowl of Pho. Yummers all the way around. I had a made to order omelette with everything and several other unknown goodies. Lyn had some Pho as well as few other assorted pastries. Now the plan was to get outside in the heat and walk off a few of these calories.

Lyn and I headed out around 9am to walk to the Ben Thanh Market. This market has been around forever and has all kind of items from food to just about anything you can imagine. On the way there we would have to cross several streets to get there from our hotel. Crossing a street here is truly an art form and you have to trust the system. Basically if there are no lights to stop traffic you go to a cross walk and slowly just start crossing the street. The idea is that if you go slow and in a predictable manner all of the scooters and most of the cars will go around you. If 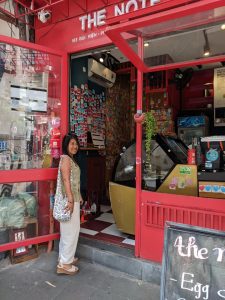 you do a sudden move that they are not suspecting that is when a problem could come up. So you take a deep breath and raise one hand toward traffic and just start crossing. We did it a few times and to be honest the system works but it is amazing every time it works. Now just because you have crossed the street does not mean you are done because scooters take a lot of short cuts on the sidewalk. So it is best to just be predictable in your moves and be looking everywhere. You can see an example of what I am talking about here.

After about a 20 minute walk including one wrong turn we were finally at the market. The market was bustling with activity. Lots and lots of food stalls selling cooked meals as well as packaged foods. Around the perimeter edges they were selling all kinds of clothing and other stuff. Really about everything you could imagine. As you pass each stall the owner would try to sell you their goods 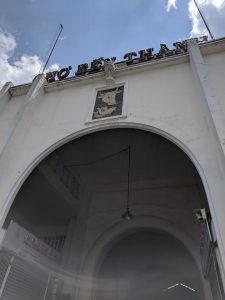 sometimes touching my arm. Well by now I was a hot sweaty mess and I almost felt sorry for them. They were pushy but if you kept walking they would stop and then next booth owner would start selling their items. This is pretty much the same all over Southeast Asia. I think what made this different was the fact that the stalls were only about 5 feet wide so every three or four steps you had a new person selling their items to you. They have lots of knockoffs that look really good but definitely fall under the “Same Same but Different” concept.

After walking around we were still not quite ready for lunch so we decided to walk back to the street our hotel was on. Meanwhile we could see that Julie had arrived in Da Nang and had upgraded her flight which gave her special perks including the airport lounge in Da Nang. Oh yeah and the upgrade only cost her $8 USD. By now Lyn and I were super hot but still intrigued with all the street food and just the city life in general. We bought a few snacks and finally headed back to the hotel for a swim in the roof top pool and then maybe a quick nap before Julie arrived around 3:30. We went back to the room changed clothes headed up to the pool 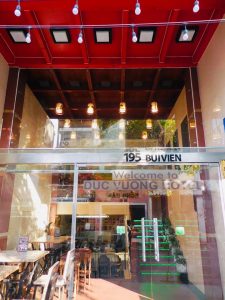 only to find out we did not have one ha ha. We have stayed at so many places its hard to keep up with which room has what. Last year for some reason we hardly ever used our hotel pools so I put very little priority on it this year. Anyway we went back to our room and turned on the AC, took showers and finally cooled down a bit. We found out that Julie’s flight was going to be delayed but that she should still be here in time for tonight’s shenanigans. We are doing a food tour with a company called Saigon Street Eats.  They are a company that does food tours in Saigon. I heard about it from a couple of Vloggers on You-tube. They are a couple that do Vlogs about all of the places they go and they really give a lot of great useful information on there videos. Their You-tube channel is called Int Affair. Please give it a look you will not regret it. The tour will consist of eating at five different locations from three different districts. Every place we will be eating with the locals and we will learn more about the food and history of Saigon as we go along. Now all of this sounds great right but there’s more……they will take us on scooters the entire time. Yep that’s right we get to experience that crazy traffic from the back of a scooter. As you can imagine this tour has my name written all over it and as it turns out It also has Lyn and Julie’s name over it as well! This tour was so awesome that it deserves a blog post of its own so if you want to know what a 5 course scooter tour that cost just under 3.5 million Dong for the 3 of us you will have to read the next blog post. As usual thanks for coming along!!!