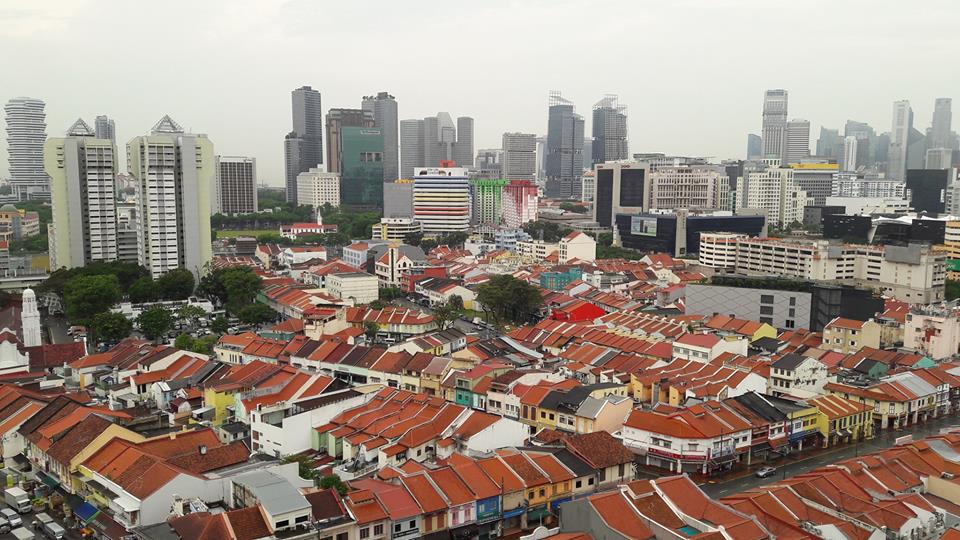 Wow so today is the day we go to Singapore. Julie left a little before midnight last night and is on her way home. We had an 9AM flight so we decided to leave around 6:30 just to be safe. We are sleeping through the night now but still waking up early so leaving at 6:30 is really not a problem. We used Grab to catch a ride to the airport and since it was Saturday morning it only took about 30 minutes to get there. We got our tickets quickly and headed to immigration. If you have ever been through immigration you know it is not a place to play around and it always makes me a little nervous even though I have never had a problem. Well almost never. I went to Canada once and got detained but that’s another story ha ha! Anyway there was a person in the line next to us that called to his friend that was actually handing his documents to the immigration officer. The guy turned around and held up the peace sign as his friend that had yelled to him took his picture. The nice lady officer comes running around and takes the phone away and then takes the photographer behind her desk. Then she called another officer who took him to another desk that we could all see. Lots of conversation going on but we could not hear anything. Meanwhile the rest of his party went through immigration and joined him. Just when we thought it was over his party was told to go on and they took him to another room and his wife followed. I am not sure what happened but I can tell you one thing you always have to remember it is their country and their rules. You need to follow them. Pretty sure he will not take another picture anywhere near the Bangkok airport ha ha! 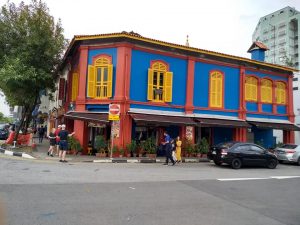 Anyway we made it through with no problems and then went through security and finally after about 45 minutes we were waiting for our flight! We were flying Scoot airlines another budget flight. This flight was about 2 hours and pretty uneventful. We landed in Singapore and where through immigration in no time. Once we got to the arrival we had asked at the information desk what was the cheapest way we could get to our hotel. She told us about an $18 shuttle we could take but we heard you could ride the MRT their version of a subway. She said we could do that but that the hotel we were staying at would be a 10 minute walk from the final MRT station so we better take the shuttle. Anyway we went to the train that left the airport and after two transfers we made it to Little India which was where our hotel was located. Anyway we did not see it anywhere so I decided to take a picture of Lyn to give 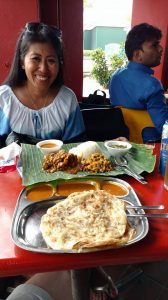 me time to think about what to do next and you know what I saw right?!?!?!?!? Yep you guessed it the beautiful Hilton Garden Inn hotel sign about 5 blocks away. As we meandered there we really took in all of the sights sounds and smells that Little India has to offer! We also saw a lunch place that looked very authentic. No westerners and almost no silverware being used. Yes please, we will be back. We went to the hotel to try to check in early. It was about 1PM now and they said it would be ready about 2 but they could keep our bags. Perfect we know what just what to do. We went back to the Indian restaurant to eat and tried to order a meal. It was really funny because even though they had pictures my North Carolina accent was throwing this guy off. He went back and got someone else and he was able to take our order. He asked me if I wanted a beer but beer here is crazy priced like $8 is a happy hour price. Regular price could be anywhere from 9 to 12 dollars a beer. I said no but he came back and said he had Tiger beer he could sell me for $4.80 Sold! That was my only beer I had in Singapore. So when the food came out it was really good. It was spicy and very flavorful and the bread was awesome! We finished it off with two cups of coffee with condensed milk and then walked around Little India. 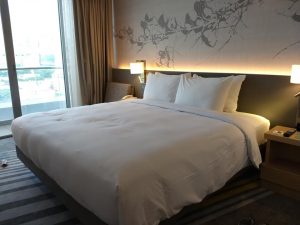 At about 2PM we went in to check on our room and it was ready. I asked if we could have a late check out and she said she could extend it until 2 on Sunday but that was it, due to being sold out. I told her about our flight leaving at midnight and she said she had a suggestion. She told us that we could leave our bags there after two and that at the end of the day if we wanted to shower we could go to the 8th floor where the pool was and take a shower Sunday night so that we could be fresh for the flight. She said they had nice showers with soap and towels there. Problem solved! She also said that they had up graded our room to the top floor with a balcony! There are so many nice helpful people in the world and every day I just meet more and more of them! 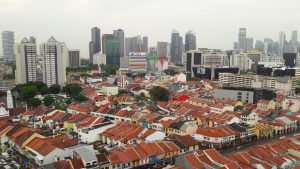 We went up to our room, unpacked and took a quick nap before heading out to dinner. We wanted to go to Clarke Quay which was about a 30 minute walk away. We decided to walk it and just take in all that Singapore had to offer. Clarke Quay is where Lyn and I met for the first time in person so it will always hold a spot in our heart. It also happens to be a very happening place. We walked around and just had so much fun strolling along the river and watching all of the people. You can see a short video of Clarke Quay here! After about an hour and a half we decided to eat dinner. However we did not eat on the river because it is crazy expensive and Lyn knew of cheaper place  that had just as good of food at a fraction of the cost nearby. So we went in to a mall and went to a food court which sounds crazy but it is not like ours in the US. These actually have fresh and tasty food. After that we walked back to the hotel and went to bed. By now it was about 11 and we had big plans for the next day. We were tired but in a good way. We fell asleep quickly and got up at 7 the next morning. 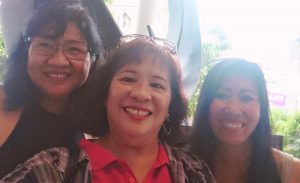 Tessie and Juanita (Lyn’s cousins) came about 8AM and brought us breakfast. The plan was to go to Marina Bay and spend some time at “The Gardens by the Bay”. It was built after Lyn had already come to the USA so neither one of us had ever seen it before. Then we would go to Chinatown for lunch and then back to the hotel to check out. Then to Lucky Plaza and then back to the hotel to take showers and then finally to the airport. Wow! For breakfast they brought us coffee with condensed milk, rice, buttered corn, and a pork salad dish. Yummy!!! We all ate and everyone carefully went out on the balcony to take in the view. After about an hour we headed for the MRT and headed to Marina Bay. It was so nice having our guides to guide us. All we had to do is a buy a ticket and follow them. After 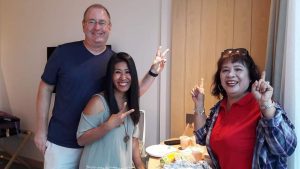 several transfers we arrived across from the Marina Bay Sands hotel. It is the one that is made up of three buildings with what looks like a large boat on top connecting them together. It also has an infinity pool on top that looks like it is right on the edge of the building. We had all been to the top before but if you want to actually swim in the pool you have to be a guest and the rooms start at $400 a night. We went through the hotel lobby and out the back to the “The Gardens By The Bay”. It was really nice. You can see a short video here! It is hard to describe but it is like Disney built it and Singapore added all of these really cool plants and great location for it. They also added a sky walkway. I will let the pictures 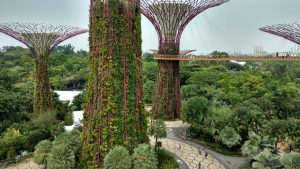 and video do the talking but I am here to say that is the best $8 I have spent lately. We took in the views and took a lot of pictures as well. Finally it was time to go to Chinatown so we had to say goodbye to this unique beautiful place. We rode the MRT to Chinatown and after several transfers we popped up out of the MRT station right in the middle of it! How cool! To be continued on the next blog post…………………………….. Thanks for reading!